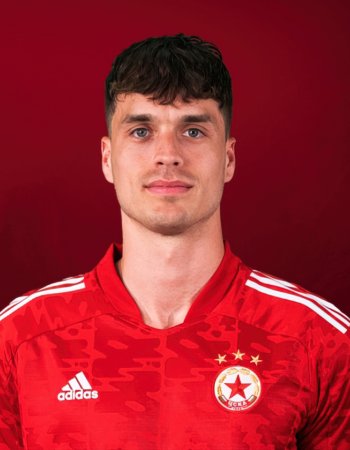 Career in the club

Starts to train in the academy of Alexandria 66 Rotterdam Netherlands, after which he is transferred to the academy of Sparta Rotterdam.  Plays as a central defender as well as right back.  In July 2010 he is acquired by the academy of Excelsior. Follow up a period in the academy of Feyenoord to return to Excelsior. Debuts for the team on November 4, 2011, at zero draw against VVV Venlo.  In the 2010/11 season he was in Eredivisie and the following two seasons in the second league of the country, to return after that in the Eredivisie.  He plays 175 games with 9 goals for the team.  On July 14, 2019, he returns to the team of Sparta Rotterdam where he stays until June 2020 with which he played 26 games with 2 goals.  On June 15, 2020, he signed with CSKA.  Debut for the armymen on August 7, 2020, with the draw against central sports club of the army 1948 with the draw 2:2 He scored his first goal for the team in the 6:0 victory over Montana on April 21, 2021.  Winner of the Bulgarian Cup for the 2020/21 season.  He is the captain of CSKA as of summer 2021.  On January 7, 2022, he extended his contract with CSKA. He wins the awards for the goal of the year, for the best defender of the Bulgarian championship, and for the best foreigner of the Bulgarian championship (this one with Jordy Caicedo) at the ceremony for footballer of the year 2021 which was held on January 19, 2022.

search for profile, match or tournament. press enter to search